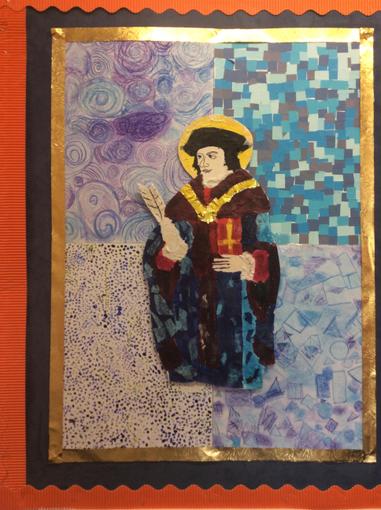 Our school is named after St Thomas More, one of the Catholic Church’s many Christian heroes, who was brought to the public’s attention in the play and film ‘A Man for all Seasons’.

Born in London in 1478, St Thomas More studied as a lawyer and later was appointed as High Chancellor of England by King Henry VIII.  As a family man, public servant and writer, he displayed a rare combination of human warmth and Christian wisdom.  When he refused to accept Henry VIII as supreme head of the Church of England and was opposed to the King’s divorce, he was imprisoned in the Tower of London.  After fifteen months imprisonment he was finally charged with treason before being beheaded on 6th July 1535.  He went to his death with unshakable faith, great heroism and profound charity.

It is St Thomas More’s courage, belief in Christianity and profound charity that provides our school with daily inspiration at a time when Christian ideals are increasingly called into question. 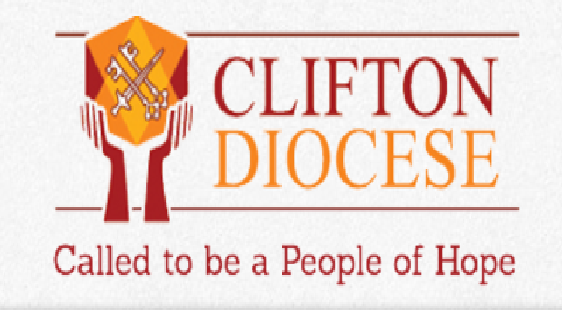 St Thomas More is a Catholic Voluntary Aided Primary School which means that we are not owned by the Local Authority (Gloucestershire County Council) but by the Clifton Diocese based in Bristol.  www.cliftondiocese.com

In Voluntary Aided schools, the Local Authority meets the cost of staff salaries, books, materials and internal maintenance work, as well as overseeing educational standards.  The Governors of Voluntary Aided schools have responsibility for appointing staff, formulating school policies and maintaining the exterior of the school building.

To cover the high cost of building repairs, the Governors obtain an approved grant of 90% of the expenditure from the Department of Education and Science and the remaining 10% is met by the Diocese.  It is as a result of the Clifton Diocese’s involvement with St Thomas More Catholic Primary School that the school has been able to undertake the major refurbishment of classrooms and facilities in the 2010/2011 academic year.

The Centre, located in Princess Elizabeth Way, Cheltenham, was created and refurbished a few years and draws people from the local area and beyond on a Saturday evening for the 5.00pm Mass.   There is a vibrant community and the Centre is a popular venue for the local community, together with a number of groups and organisations connected to the church, who use it regularly.

There is a small chapel attached to the Centre which houses the Blessed Sacrament and is used for smaller gatherings, when the main hall is in use for other functions.  The parish enjoys many social events during the year and come together for fashion shows, quiz nights, summer and Christmas Fayres and many other social occasions.  These are all well supported by the parishioners.

There is a Polish prayer group which meets weekly on Monday evenings at 7.15pm and, on the first Thursday of each month, there are confessions in Polish at 5.00pm followed by Mass at 6.00pm.

Polish Mass will be every Sunday at 9.30am at St Thomas More Parish Centre. The first one will be on the 1st Sunday in May. You don’t have to be Polish to come along!

To find out more please visit www.stthomasmorechurch.org.uk or telephone 01242 573128

Unfortunately not the ones with chocolate chips.

Some cookies are necessary in order to make this website function correctly. These are set by default and whilst you can block or delete them by changing your browser settings, some functionality such as being able to log in to the website will not work if you do this. The necessary cookies set on this website are as follows:

Cookies that are not necessary to make the website work, but which enable additional functionality, can also be set. By default these cookies are disabled, but you can choose to enable them below: